Why is working out important? Instead of going through the laundry list, let’s look at this differently.

So, you’ve started your workout routine. You’ve maybe missed a few days, then a week, then a month, and now you’re just not motivated anymore.

Rest assured, you’re in good company. Lots of people start working out then burn out after a while. Instead of being discouraged, take a different perspective.

Failure is an option.

Failure is the reason why working out is important.

Our modern world criticizes mistakes and exploits weakness. Same is true with business competition, defeating the enemy on a battlefield, or even tests in school. We’re conditioned to believe that we’re not worth it if we fail at something. 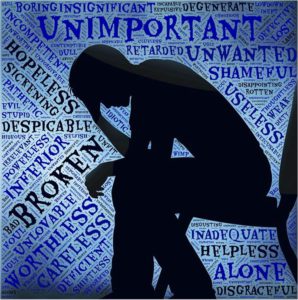 And that bleeds, no, hemorrhages into our excuses to why we’re unable to maintain a workout routine. Just because you missed a day, week, month, YEAR that doesn’t mean that you’re not worth another shot.

If you feel like you’ve failed to maintain a workout routine, shake it off, cry a little (or a lot…it’s ok), throw a pillow, and then at the end of the day you still can make the decision to make fitness a part of your life.

And here’s another spoiler: once you start working out, you’ll miss more days. You’ll fail. But instead of being discouraged about your failure, how about rising up and just making that decision to do it?

Fitness is all about failure. It’s about reaching the brink of human capacity and then showing you can still do a little more. Why do you think sports are so exciting to watch? It’s about stretching the human ability to accomplish incredible things.

I know most of us Garage Gym Goers aren’t going to be the next Micky Mantle or Serena Williams, but think about it for a minute? What have they accomplished? How hard did they work to get to where they are? Do you think they failed a time or two? 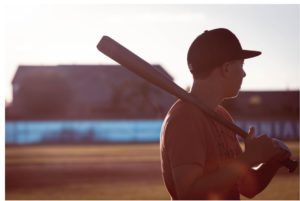 In baseball, a great batting average is above .300. You’re CRUSHING it at the sticks by getting a hit only 3 out of every 10 at bats. That’s 30%…enough for an F on an exam. If professional baseball players are failing 7/10 times at the plate, then I think we’re good to fail as well.

One of my favorite exercises is push up burnouts. I want to see how many I can do before my arms totally give out. That stretches MY physical capacity to the point where I can do no more. But then again, I know I can.

Fitness is all about pushing yourself and your limits. It’s pretty exciting when you reach a new height. There’s a euphoric feeling when you do more reps than last time, or break your personal record on a run, or squat more than you ever have.

So, if you find yourself struggling to work out, visualize yourself breaking a personal record and that feeling of accomplishment. It’s all about working to improve your capacity as a person, no matter where you are in fitness.

Pushing yourself can be difficult if you’ve never had to do that. You might just have to put it on the calendar and do it no matter how tired you are. When you’re working out and you don’t want to do it anymore, all you have to think about is that next minute…the next rep…then next step.

Think in little steps. The more little steps you do, you’ll end up doing an entire workout. I know I’ve talked about this before, but it means so much more now when you’re motivating yourself. 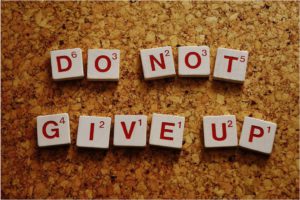 So, what about extrinsic motivation? That’s where your workout buddies come in. Women do this so much better than men do. My wife goes to a mommy workout group. They have a set schedule every day for their workout usually at a park. She goes, works out, then plays at the playground with the kids afterwards.

Fitness classes are a great motivator as well. Participating in shared struggle increases the likelihood that you will increase your fitness habit.

If you’re unable to go anywhere, invite a friend to workout with you. I’ve had some of the best conversations with people while I’ve worked out.

I once had a boss at work, who took a morning and worked out with me. He was a very busy person, in charge of hundreds of people under his watch. He sought me out because I was struggling, and the time he took to exercise with him changed my perspective about my job. He motivated me to do better.

Same goes for you. With technology now days, you don’t even have to be in the same room. Call each other on your favorite video chat app/program, set a routine, and do it. Doing a workout video together will even encourage you to continue your routine. Social media has accountability groups you can join or create. Try one out and see if that works for you.

So, use your friends, co-workers, acquaintances, or anyone else who wants to join you. They’ll applaud your efforts to be a better you.

I went over a lot of stuff, and it might seem jumbled. If you don’t remember anything, just remember these things:

-Failure is an option. If you fail, do it again.

-Find a friend to workout with if you can.

-When you’re working out, and don’t want to, concentrate on one rep, set, or step until you’re fully engaged

Alright, Garage Gym Goers, I hope you continue doing your fitness routines! Let me know about your failures and how you overcame them down below in the comments. If you haven’t overcome your failures, comment below and we’ll see what we can do to help you out! Thanks!